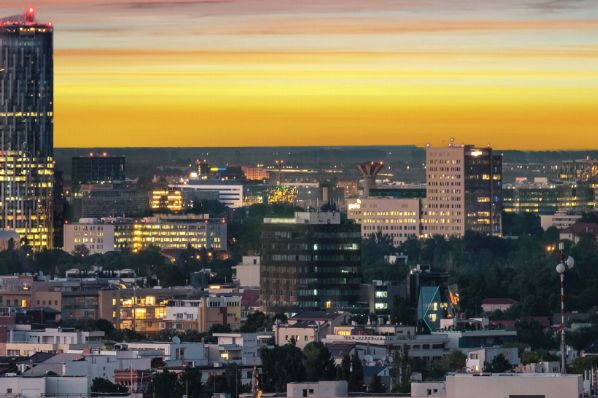 The Romanian real estate market recorded good results in the first half of 2019, with activity on office and investment segments getting more dynamic than that of some CEE peers. With the full-year GDP expansion figure likely to top 4%, Romania also remains an outlier in terms of economic performance when compared to other CEE economies. According to the real estate consultancy company Colliers International, there is a favourable perspective for the Romanian real estate market that could be maintained by year-end.

The first half of 2019 saw deliveries of some 185,000m² in Bucharest, taking the city’s modern office stock to 2.6 million m². This is an increase of over 10% compared to last year’s end-June stock, making Bucharest the most dynamic among CEE capitals. The biggest projects were: the new Renault headquarters (47,000m²), Business Garden Bucharest (over 41,000m²), The Mark and the third phase of Oregon Park (both in the 25,000m² area), Timpuri Noi Square C and The Bridge II (both in the 20,000m² area). The new buildings had good occupancy rates at delivery (75 to 80% on average).

Total demand for modern office buildings stood at 188,000 sqm in Bucharest in the January-June period, the best first semester in the post-crisis period. Still, relocations from competitive stock amounted to 86,000m², while net take-up decreased to a reported 49,000m². Vacancy inched higher at around 10% from 9.5% end-2018 and 9% in June 2018, while Romania’s regional submarkets, which saw their take-up nearly double to just under 30,000m², enjoy lower vacancy rates, with Iasi’s virtually non-existent free space and Cluj-Napoca’s below 10%. “The Bucharest office market remains quite lively, with another 150,000m² set to come online in the second part of the year and over 230,000m² in 2020. We expect vacancy to continue climbing gradually towards 13%, though the impact of relocations is delayed as a huge chunk of the deals have been pre-leases, some set to take finalize in 2020-2021”, said Silviu Pop, Head of Research at Colliers.

Around 300,000m² of new modern storage spaces came online in the first half of 2019. Bucharest accounted for over 40% of the total deliveries. Outside the Capital, investments continue to be mostly geared towards cities in the region of Transylvania, which accounted for over one-third of new I&L spaces. The market continues to be dominated by CTP and WDP, both of which accounted for over half of the supply in recent months, though other players are also growing very fast, like Globalworth, P3, MLP or Element Industrial. Deliveries could be in the tune of around half a million m² by year-end, taking the grand total to around 4.7 million m² of modern storage spaces by year-end. Romania continues to look undersupplied relative to CEE peers, but a market of 8 million m² of modern warehouse spaces by the end of the next decade looks like a safe call. Market take-up more than doubled in the first semester, to a bit over 240,000m² (versus around 110,000m² in H1 2018). A notable transaction was that of Pirelli, which leased 64,000m² at a WDP facility in Slatina in one of the biggest deals in recent years. This helped cement a strong lead for automotive as a driver for demand, accounting for 52% of the reported take-up in the first semester.

While inflows into Poland are still lagging (-20%) versus a strong H1 2018, Romanian, purchase numbers all picked up in Q2 after a weak Q1. The first semester closed with a total real estate investment volume of around €345m² in Romania, similar to H1 2018. The office continues to dominate the CEE region in H1 2019, up 43% year-on-year. Romania kept up with the trend, with office assets accounting for c.62% of the total investment volumes. For the remainder of the year, we will see two-thirds of transactions coming from the office segment. Romanian and South African capital both accounted for close to 50% of the total market volume in H1 2019. We are seeing names that wouldn’t have considered Romania some years ago, like pension funds from triple-A-rated countries or large institutional asset managers. We’ve also had interest from investors coming from new regions not so active on the local market (Asia, Middle East).

The first half of 2019 saw limited deliveries, but we expect a busier second semester. The new supply this year could reach 216,000m², a 50% increase of 2018 and the highest figure since 2011. The main trends noted are the focus for retail parks, developers eying cities that would have not been on their radar several years ago, small strip malls being built near residential areas and refurbishments being made to keep people spending or, for older schemes, to remain relevant. Non-food retail sales went up by c.10% in the first 6 months of 2019, a better than the full-year result for 2018. Robust consumer confidence thus far together with strong wage growth is setting the stage for another very good year in terms of retail sales.

“Looking at the detailed breakdown of household earnings by deciles (the first decile means the 10% households with the smallest earnings, the subsequent 10% and so on), we notice that the main beneficiaries of this economic cycle seem to be those at the top end of the earnings scale. The top 40% households saw their income jump by over 70% in the last four years while the bottom 30% had income an average income increase of around 24% on average between 2015 and 2018. This could explain why shopping centre tenants with goods in the low- and medium-price bracket category are doing so well, with discounters also seeing very robust results”, said Silviu Pop.