Purchasing power in Austria and Switzerland

GfK have revealed the regional distribution of purchasing power in Austria and Switzerland, highlighting substantially different levels between and within these two neighboring countries. 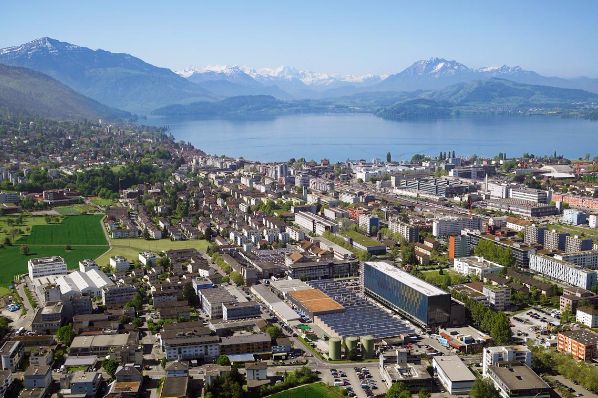 Purchasing power measures the available net income of the population, including government subsidies such as unemployment assistance, child benefit and pension contributions. GfK's study illuminates the regional differences in these values, revealing the regional distribution of purchasing power within and between each individual country.

The three least wealthy cantons – Glarus, Uri and Jura – have purchasing power levels between 13% and 19% below the Swiss average. Even so, inhabitants of the least affluent canton Jura still have €34,095 per person, which is significantly more than inhabitants of Starnberg, Germany's district with the lowest purchasing power (€31,850). But Swiss inhabitants must also pay substantially more for accommodation and food.

Districts
There is a wide distribution of purchasing power values at the district level in Switzerland's cantons. In Schwyz – Switzerland's second-most affluent canton – each inhabitant has an average of €57,023. But regional differences are apparent within this canton upon close inspection.

Lower Austria is the only federal state whose purchasing power is significantly above (around 4%) the Austrian average. Vorarlberg is ranked second, closely followed by Austria, Salzburg and Vienna, all of which are just above the national average. The other federal states have below-average purchasing power.

A consideration of the purchasing power per household yields some interesting insights. Lower Austria leads again in this regard with values that exceed the national average by 8%. Vorarlberg has a household purchasing power around 7% above the average, followed by Burgenland.

Compared to the previous year, the discrepancy in the purchasing power between city districts and their surrounding areas has decreased in some instances. This is the case for Linz and Linz-Land, Klagenfurt and Klagenfurt-Land, Sankt Pölten and Sankt Pölten-Land as well as Eisenstadt and Eisenstadt-Umgebung.

About GfK
GfK is the trusted source of relevant market and consumer information that enables its clients to make smarter decisions. More than 13,000 market research experts combine their passion with GfK’s long-standing data science experience. This allows GfK to deliver vital global insights matched with local market intelligence from more than 100 countries. By using innovative technologies and data sciences, GfK turns big data into smart data, enabling its clients to improve their competitive edge and enrich consumers' experiences and choices.