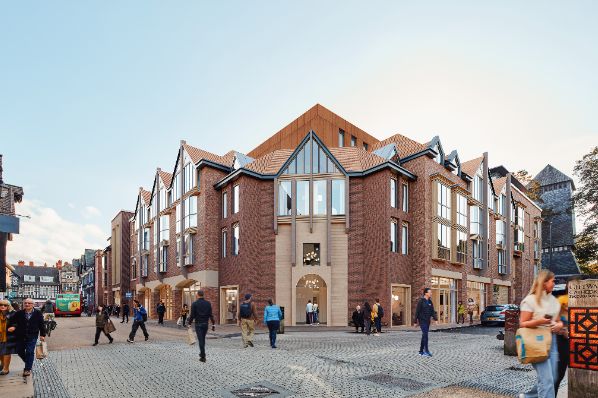 Plans for the scheme, which include a top-floor restaurant with a rooftop balcony overlooking the cathedral, were submitted by investment manager Cervidae and development manager AXIS-RE early this year. The completed hotel, located at 1-13 Frodsham Street, will create over 130 new and part-time jobs, providing a significant boost to the area.

The designs were created by the Chester office of award-winning architecture practice Donald Insall Associates, with the final plans approved following close collaboration with the Council and Historic England. Designed to complement neighbouring architecture, the hotel will provide 162 bedrooms over four floors and include 7,500ft² of ground floor retail space.

Cervidae and AXIS-RE are in advanced discussions with a number of potential operators for the hotel. The style and finish will be targeted at the growing ‘lifestyle’ sector, incorporating the best elements of boutique hotel design and amenities alongside the greater affordability and accessibility offered by major operators. The rooftop restaurant is anticipated to become a destination in its own right.

Nick Mullins, director at AXIS-RE, said: “Chester is an established and increasingly popular tourist destination, but also one that suffers from a limited supply of hotel beds, particularly in the boutique and lifestyle sectors. The central location of this hotel, alongside the amenities it offers, will make it a vital part of Chester’s visitor offer and a destination in its own right.”

Tony Barton, chairman at Donald Insall Associates, added: “We carefully designed a relatively large hotel in a sensitive historic setting which will give a significant economic boost to Chester. Our approach has been to reflect and echo the context of Chester’s unique streetscape in a contemporary form using traditional materials to add a sense of place to an important city centre site that requires regeneration.” 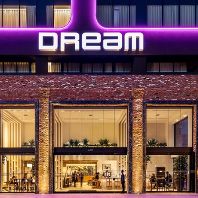 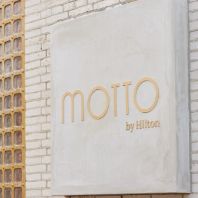 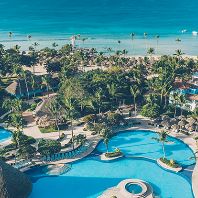 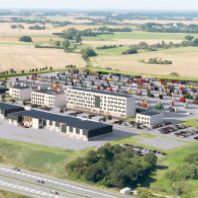 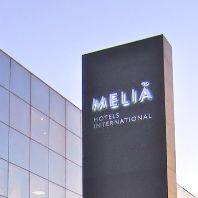 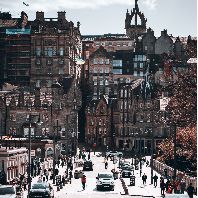 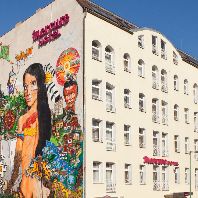 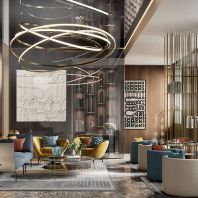 Casa Baglioni will open its doors on 16 January 2023 in the elegant Brera district, the artistic heart of Milan, in an Art Nouveau palazzo from 1913 on the corner of Via ...