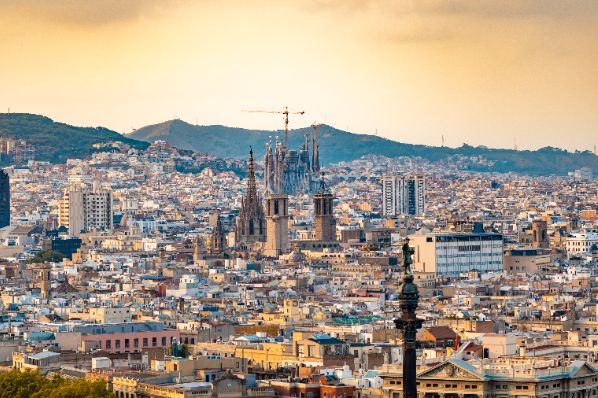 Since the beginning of the 2000s, Barcelona has been a key destination for the wealthy. According to Knight Frank, the number of individuals living in the city with more than US$30m in assets is forecast to grow by 61.3% to 2,298 by 2026. Interestingly, however Barcelona's property market is arguably one of the most regulated in the world., which means new supply is limited and demand continues to grow pushing prices higher. New supply has dipped in response to regulatory measures with only 8,119 properties completed in 2021, down from 44,160 in 2008. Prime prices, or the top 5% of the housing market in value terms, have increased around 21.7% in the last decade and are forecast to rise by a further 4% in 2022 alone, say the research findings.

According to the latest study by Colliers, Barcelona's housing demand saw the strongest first half of the entire historical series since 2007. Some 36,500 homes were sold, 10.8% more than in the same period of the previous year. New builds also topped the previous year’s figure by nearly 16%, with 3,161 homes. Transactions with new builds carved out a market share of 8.6%, slightly larger than the previous year (8.2%). The mortgages recorded in the first six months of 2022 amply surpassed the number seen in the first half of the previous year, going from 25,000 mortgages in H1 2021 to 30,270 in H1 2022. This represented growth of 21.1%, compared with the increase seen in housing transactions (10.8%) in the same time period. For 2022 as a whole we estimate total housing transactions will close the year at approx 65,800, slightly below the 2021 figure, with the final number for new builds coming in at 6,300 homes, a drop of -2.4% with respect to 2021. Mortgages will total 53,300 units, slightly below the number for 2021. Lastly, permits issued and homes delivered declined -2% and -0.2%, respectively, and housing starts nudged up 2.4% at the end of year with respect to the previous year. 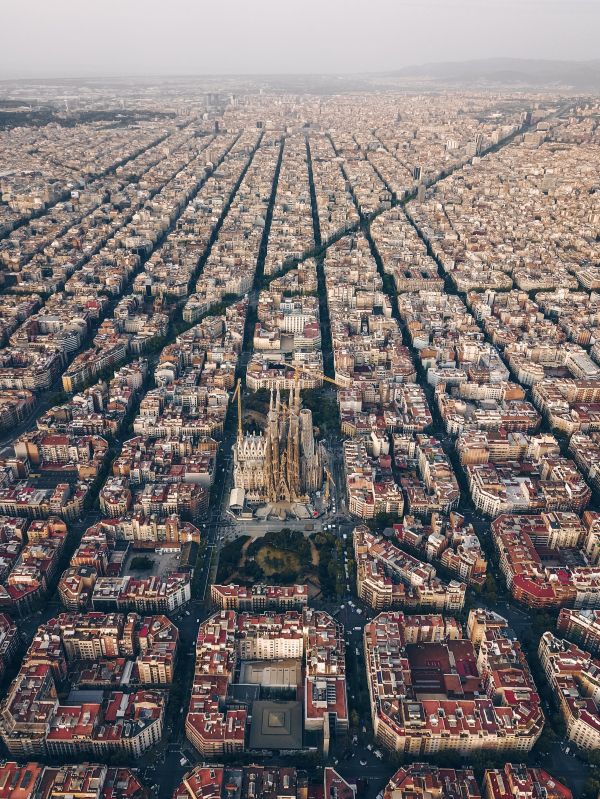 The Barcelona office market remained resilient in 2022. Despite a 5% decrease in take-up in Q2 2022 compared to the previous quarter, Barcelona office take-up remained 11% above the 5-year Q2 average, according to the findings by Knight Frank. The vacancy rate in the Barcelona office market stood at 7% in Q2 2022. Given the robust leasing activity, prime office rents held up at €336 per m² per year and the outlook for prime rents remains stable. The largest office leasing transactions in Barcelona in Q2 included the uptake of 9,417m² in Carrer dels Almogavers and 4,900m² in Carrer de Pamplona 101.

According to the studies conducted by Savills, the flex workspace market continues to grow, with the opening of new spaces and the expansion of existing centres. In Q3, Barcelona added nearly 2,500m² of new flex office space. The expansion areas correspond to the urban areas with the most demand and the highest occupancy levels (Avda. Diagonal to the L’illa Shopping Centre, the vicinity of Plaza de Catalunya and 22@), although the Periphery is also starting to appear more frequently on the flex map. The average size of demand continues to be between 8 and 10 spaces, although occasionally there are large-scale searches (70-100 spaces) by large corporations looking to relocate to a traditional or flex space.

Additionally, the latest findings suggest that Barcelona will see further growth in the office market in the coming year. Interestingly, the city saw an increase in the number of refurbishments, which now make up around 44% in the NBA, and 38% in the city centre. Overall, according to Savills, 22@ continues to be the focus of development activity in the office market. 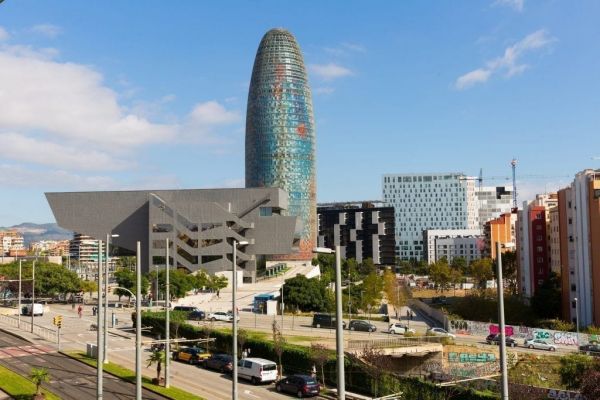 Take-up in the Catalonian logistics market continues to show positive performance. The year-on-year comparison for the quarter shows growth of 11% in terms of take-up, while there was a 31% decrease in the number of transactions, according to data by Savills. Year-to-date take-up in 2022 in excess of 585,000m², represents a decrease of 11% compared to 2021’s figure of 659,000m². In terms of number of transactions, the year-on-year comparison also shows a slight drop of 18% (41 in 2022 vs. 50 in 2021). A number of large transactions were completed in 2022, including two self-development projects each of around 90,000m², which accounted for 32% of the annual total. Additionally, five leases of more than 20,000m² were signed, totalling over 133,000m² and making up 23% of the year’s total The most active sectors are logistics operators with direct links to e-commerce as well as traditional logistics, particularly within the food sector, according to Savills.

Among the municipalities with the highest number of new projects are Constantí in Tarragonès and Les Franqueses del Vallès in Vallès Oriental, each with two projects, accounting for 55% of the available surface area pending delivery. Savills research team expects that logistics development in Barcelona will reach an all-time high, with 640,000m² to be incorporated. In the distribution by region, Vallès Occidental stands out, accounting for 29% of new available space, followed by Tarragonès with 20%, and Baix Penedès with 15%. 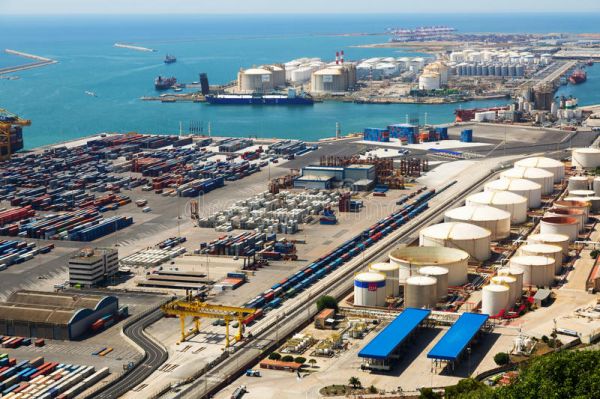 After the challenging time following Covid-19 pandemic and supply chain issues, Barcelona's retail market is on a mend. Research by Cushman & Wakefield suggests that this is in part due to a very dynamic tourist season during July and August 2022. So-called Prime and SuperPrime high street areas have shown a decrease in the vacancy rate from 7.8% to 6.7% at the end of September 2022. The vacancy rate fell from 9.8% at the end of the first quarter, to 7.8% at the end of June, reaching near 6,9% in September. Cushman& Wakefield expect to see the same trend continuing. As for the surface availability Passeig de Gràcia Portal de L’Ángel, Pelai y Rambla Catalunya have seen a decrease, meanwhile, Portaferrissa maintains the same available area as in the previous quarter.

According to Savills, Barcelona remains to be one of the favourite destinations for retail operators. However, Cushman & Wakefield maintain that it's likely that declining consumption will have a mitigated impact for operators located in the Prime and SuperPrime tracts. In Barcelona, Portal del Ángel and Plaza Cataluña still remain the two most expensive streets, at €265 m²/month and €240 m²/month. 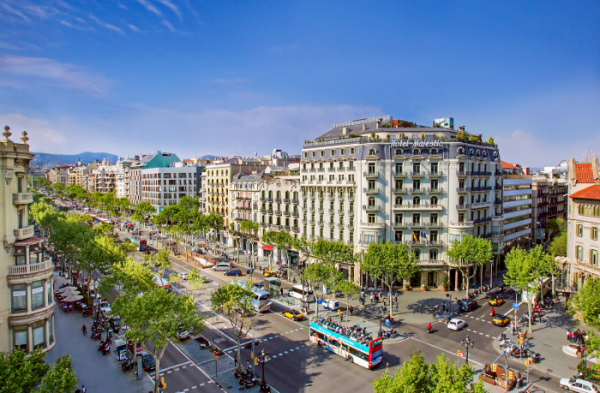 The Residential Sector in Spain - December 2022 by Colliers

Retail in Spain - September 2022 by Savills