Michael Hunter is an associate director within Cushman & Wakefield’s data centre advisory group. An experienced chartered surveyor, Mike has specialised in the data centre sector for over five years. Mike advises corporate occupiers around their operational strategies as well as investors, both institutional and private, in relation to investing into the sector. He has been involved in a range of projects within the data centre sector across EMEA and APAC. "The modern workforce expects greater freedom as to where and how they work, and businesses are adapting to this with new workplace architecture that takes into account all the different stakeholders whom the workforce interact with."

How has the rise of cloud computing affected the data centre market?
The biggest misconception among the majority of the public is that the ‘cloud’ is not a physical asset when in fact it sits within a data centre. There is no doubt that the cloud is having a massive effect on the market with companies like AWS, IBM and Microsoft dominating what is a multi-billion dollar industry and which is set to continue to grow. However, this move to the cloud is likely to be more gradual for many larger, established organisations due to legacy, non-cloud compatible, applications.

Along with the cloud, we have seen a huge increase in organisations moving from owning and operating their own data centre to an ‘off-premise’ model which uses a third party colocation provider for their non-cloud-based applications and workloads. This trend is set to continue and leads to the hybrid cloud - an environment which uses a mix of traditional on-premises, private cloud and third-party public cloud services. According to Cisco, data centre workloads will more than double (2.5 fold) from 2014 to 2019; however, cloud workloads will more than triple (3.3 fold) over the same period. In short, cloud computing is leading to an increase in the demand for data centres but the biggest change is how organisations are fulfilling this demand.

What sort of an impact will the increasing popularity of enterprise architecture and digitalisation in the workplace have on the data centre market?
Although relatively immature, the data centre industry has seen huge growth over the last decade in response to people’s increasing reliance on IT over multiple devices, both in and outside the workplace, as well as digitalisation in the workplace itself. This is set to grow significantly as the business world moves faster and faster. Working in teams spread across differentgeographies using different devices is more and more commonplace. The modern workforce expects greater freedom as to where and how they work, and businesses are adapting to this with new workplace architecture that takes into account all the different stakeholders whom the workforce interact with. This new architecture combines access devices, communications infrastructure, business applications, workplace telecommunications tools and digital security - much of which sits within a data centre.

What are the current and future hotspots within the European data centre market?
Over the years, the more traditional markets have been Frankfurt, London, Amsterdam and Paris. This has largely been due to risk, a steady geo-political climate, security, latency and regulation around data sovereignty. More recently we have seen the emergence of the Nordics as a desirable location for ‘mega data centres’ (built by companies such as Google and Facebook) due largely to cheap power, free cooling and government incentives. Ireland has drawn a number of occupiers due to the country’s attractive corporation tax levels along with quality fibre connectivity to the US. Furthermore, Turkey’s unique location as the bridge between Europe and Asia, as well as a young, tech savvy population, makes it a very interesting market.

How is the demand for increased sustainability in the workplace affecting the provision and construction of data centres?
With data centres consuming an estimated 3% of total energy use worldwide, sustainability is a huge concern for the industry as organisations look to reduce their carbon footprint as well as operating costs, particularly energy consumption. Companies which build and operate their own data centres (such as Google and Facebook) are looking to maximise efficiency in design as well as increasing their reliance on affordable renewable energy. Locations such as the Nordics not only provide energy at a fraction of the cost of say, the UK, but it is also ‘green,’ being produced by hydro-electric plants. We have seen some enterprise-operated data centres that will rely solely on renewable energy sources in order to operate their facilities, while other organisations which have moved their data centre footprint to a third-party operator have, in most cases, unintentionally passed that problem to the operator.

This, in part, led to data centres themselves having their own climate change agreement (CCA) which came into effect in the summer of 2014. This is only available to third-party-operated colocation facilities rather than business-dedicated facilities. Whether or not the CCA were in existence, data centre operators are looking to be as efficient, and therefore as sustainable, as possible. This is not only important for sustainability but also a commercial perspective – clearly reducing costs allows them to be more financially competitive.

Cushman & Wakefield’s Data Centre Advisory team are market leaders in the data centre sector within Europe, the Middle East and Africa, with a combined experience of 70+ years. In the past four years alone, its practitioners have been involved in projects in over 22 countries. It offers fully integrated global coverage and works in partnership with its fellow Data Centre Advisory professionals in the Americas and APAC enabling them to support their clients with multi-national requirements.

Michael's interview features in Europe Real Estate 2016, to get your copy visit our webshop. 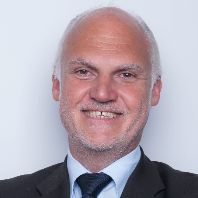