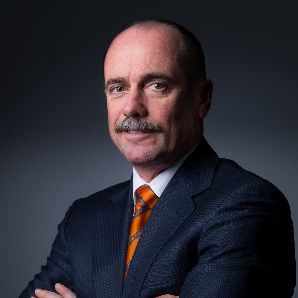 There are a hundred reasons why you should continuously evolve, and physically we try do that on a cycle of every seven to 10 years

Westfield has built an incredible reputation for excellence; how do you stay relevant?

We believe in constantly reinventing our product, influenced by consumer demand or retailer changes or lifestyle… there are a hundred reasons why you should continuously evolve, and physically we try do that on a cycle of every seven to 10 years. We’ll undertake some sort of major redevelopment within our centres, giving us the opportunity to remix and reappraise the offer. At London we have been doing all the early works for a 75,000 m2 expansion, and the cost of that is around €816m (£600m). That should be ready in early 2018 for opening. That will take us up to about 260,000m2, which in some respects has taken our competitors but surprise. You have a centre doing over a billion in sales; it’s a landmark and a proven performer – why go through the headache of the disruption and risk? But we’ve researched retailer demands and this has driven the decision. Off the back of that we’ll be doing 1,200 apartments in an initial phase which is a little bit different but suits our strategy now; we have a much greater appreciation, understanding and desire to do the mixed use developments.

Stratford, that’s just a powerhouse. Everyone said it was just down to the Olympics but it just grows and grows and grows really on a weekly basis. We’re continually looking at the offer and any opportunity to put in a new retailer, food offer or leisure and we grab it with both hands. We’ve made some design changes in recent times in terms of what were originally conceived as completely open streets, which was a very noble thing in planning ambitions but it is London; we’ve managed to convince the planning authorities to give us a level of enclosure there which will give us a ‘year round’ prospect which is much more relevant to the retailers. At Stratford it’s already a mixed use development; we’ve built three hotels over the development and there’s an office block. We are now looking to start around 1,100 apartments, right next to Marks & Spencer, and I personally believe they’ll be amongst the best located in London. We are continuing to look at further office development on a fairly significant scale, and we’re looking at how we can improve the leisure and events side as we’ve up to nearly 50 million people visiting us each year.

Retailtainment is a bit of an industry buzzword just now; is this something Westfield is reacting to?

We don’t mix or match retail and entertainment together as they can be lots of different things. People tend to mash that word together when they aren’t capable of delivering on scale; one of the great things we have about our developments is we can actually look at multiple offerings because they are on a great scale. So, in the same way it comes to food, at Stratford we have nearly 80 food offerings so we can segment that by age, demographic, price point, style of food, licensed and unlicensed. You can’t do that in developments that are much smaller where you have your offering of say eight or so restaurants. That’s when you get that mash of retailtainment. We even have a business within the business that looks solely at events; how do we do film premieres, product launches, charity events, day-to-day entertainment as a part of the actual business itself.

What’s in the pipeline?

At Croydon we have a big development coming up. We already have our east and west anchors; now, something we’ve had our eye on for the best part of 15 years, is the southern area and the metropolitan capital of south London which is what we anticipate Croydon will become again. It was once before, it had a very slow and painful death but now we’re going to bring it back. We’ve just had confirmation from the Government that the council can use compulsory purchase.  We can now consolidate what is an incredibly difficult site to put together. There are more than 700 different interests and we have nearly all of them now, including things like overhead works, the cranes, fire regulations for adjacent buildings- we can deal with all those in one go now. We should be on site there by end of 2016 with a big kick off in 2017, opening 2020. That will be a complete evolution of what we have already done in London and Stratford today, it’ll be relevant to the people who live there, who work there, and what that city will become.

There will be about 150,000m2 to 160,000m2 of food, fashion, entertainment, leisure and events. We currently have planning approval for between 400 and 600 and now that they have blessed the scheme we’re hoping to go back and have a discussion with the council about putting some more residential development in there, which interestingly quite suits the politics of the local area which is focused on more affordable housing in the area as well.

The big one is Milan; it’s the retail capital of Europe and I don’t say that lightly. It’s not a lot to jump in your car and travel down from Bavaria, France so on – I don’t think we are pipe-dreaming when we say this will become a semi-domestic tourist hub for Milan. It’s a phenomenal opportunity to raise expectations. Again there is a different style of retailer; we have signed up Galeries Lafayette. In these sort of projects you have to put down a couple of markers, you need to say “where’s the vision”. Most people doubted our ability to deliver in Stratford but when we signed John Lewis everyone realised this is for real. The interesting thing when we signed John Lewis, no one ever questioned the capacity of the development to do the business, it then just became a commercial negotiation as they knew how thoroughly John Lewis research a destination. The same can be said of Galeries Lafayette; they make very few investments outside of France so this is a big one for them as well. They are about to create a new concept store on the Champs-Élysées where we’ll take design inspiration, the concessions will be driven out of that and then we will start to mix the entire development around that opportunity.

What you’ll see in Milan eventually is a complete digital strategy to match that will be a really seamless, software/hardware configuration … bricks and clicks. Not so much dedicated towards the e-commerce side of things, that’s not what we are trying to become; what we want to do is use the power of what people have in their hands to talk to each other and to talk to the retailers, to improve that three way communication. Milan will be nearly unrecognisable in terms of what the physical product can do with the future of communication. We’ll have it rolled out before in London, but what we can think about with a project like Milan is the physical structure to put in there that actually makes it all happen.

Croydon and Milan will probably do the same business! But they aren’t all cookie cutters; we calibrate them for their individual markets and the opportunity. If we didn’t do that we’d have no excuse to talk to retailers every week, talk to the food operators. In a place like Milan food is very different. Think about how people operate restaurants in Milan; they are generally family businesses with 60 to 80 covers, it’s not a large scale UK or American style offering. So we totally have to rethink the style and the logistics, it’s not that you can just say give me the plans of the last one. The same as how we convince people to go there, how we market it. When we went into London, the Westfield name was relatively unknown. Now as we move into Europe the retailer know who we are. That’s the great thing – we’re not selling this unheard of developer, our reputation is strong, respected and solid. Our financial capacity to underwrite these developments is understood so we’ll have a much easier job in Milan.

What does the future hold for Westfield?

At a high level we are focused on cities, not countries. You’ll see this as a general theme on so many levels, the emergence of the cities, not countries. The reason for that is the fact that cities have a disproportionately high share of GDP. This was evident during the crisis; London for example was incredibly robust, resilient and really managed to track through it pretty much unscathed. When we look at other prime European cities the pattern is similar. Would you invest in Milan which has this huge diverse economy – big tourism, big agriculture, big industry – with GDP and household income well in excess of the rest of the country. Yes. So we can pick out six or seven cities in Europe that have that similar characteristics and that’s what I am focused on now to identify the next 10 to 15 years of opportunities. We’ve been associated with Paris; clearly if you can find the right opportunity and location it would probably tick the boxes. Barcelona – great city if you can find the right place. Once or twice we have been beaten to opportunities and that’s part of the business we are in. If we see something there is no guarantee that we can secure it in the right timelines plus we won’t pay too much for it. Our pipeline at the moment is approaching $11bn (US) and a large piece of that is in the UK and Europe so it’s not as if we don’t have enough to keep us busy for the next 10 years … but we’ll keep tabs on it and see what we can continue to deliver.