Lithuanian real estate developer Ogmios Group sold yet another major development to its final user. Baltic Logistics City (BLC), a 13-ha project that includes 25,838 m² of grade-A warehouses (completed in 2007) with the construction of additional 8,852 m² already approved and 20,000 m² more planned, was bought by Sanitex, Lithuania's largest wholesaler and distributor of consumer goods that also operates in Latvia.

BLC is located in Kaunas - the second largest city in Lithuania and the fourth largest city in the Baltic States. It is the future terminus of international gauge railway (Rail Baltica) and a major intresection of highways.

Ogmios Group has wide coverage of the real estate market and provides retail, commercial, industrial and residential premises in various cities of Lithuania. In the industrial real estate market Ogmios offers the final users every service they need: land provision, infrastructure, architectural designs, legal consulting, mediation in government institutions, funding and the construction itself. After its completion the property is either leased, sold or leased with a purchase option to the client.

Ogmios Group and Sanitex have already cooperated in Klaipëda and in Panevezys (Babilonas) where Sanitex 'Cash and Carry' stores were built. 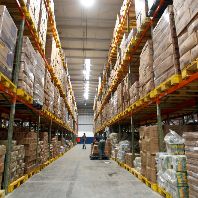 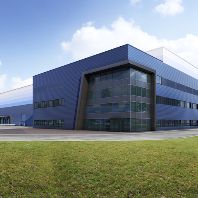 Gazeleyhas acquired a 25-acre site near Bedford,to meet the evolving needs from its logistics, distribution and ecommerce customers in the UK. Gazeley is speculatively de ... 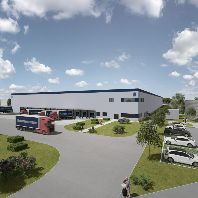 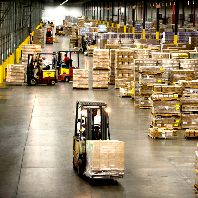 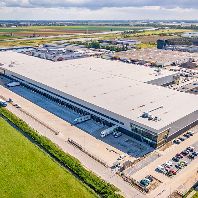 LaSalle Investment Management has acquiredthe Urban Logistics Park Property B, a c.61,000m² multi-tenant distribution centre in Bleiswijk, that is considered to be a ... 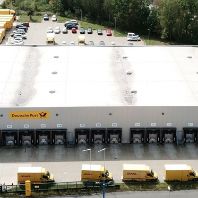 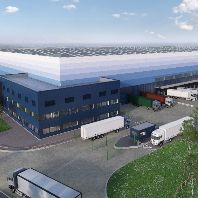 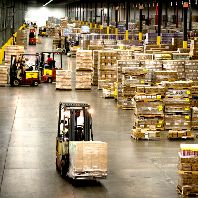