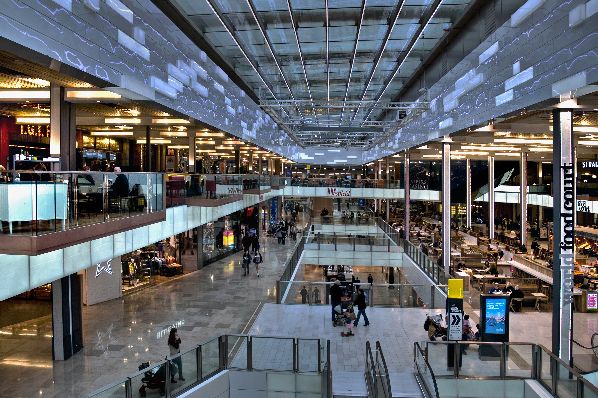 The rate of shopping centre development in Europe is slowing, with completions down 23% year-on-year at 3.8 million m² 2017, according to Cushman & Wakefield’s latest European Shopping Centres report.

Changing consumer behaviour and the growth of e-commerce have created a challenging environment but also opportunities for shopping centre owners and retailers. Looking ahead, the amount of new space set to be delivered in the next two years is estimated to be 6.6m m². However, there will be a significant East-West divide, with Western Europe expected to see a fall in volumes of 21.3% whilst CEE will experience growth of 12.3%. This will continue the trend over the last decade of Western Europe lagging behind CEE in terms of new space added.

Report author Silvia Jodlowski, Senior Research Analyst, Cushman & Wakefield: “The rise of e-commerce, changing consumer behaviour and expectations, development of the technology and still growing supply have conspired to impact the European shopping centre development and have led to a reduced quantity of new floorspace being created. This is particularly the case in Western Europe’s more developed market, but also in the CEE region. The focus for developers now is on quality of space and placemaking. Developers now consider placemaking a critical component of a successful shopping centre, as a combination of retail, leisure and entertainment still provides a destination which is not replicated online. Well-designed, dynamic and high-quality spaces are crucial to enable owners to attract shoppers and increase customer footfall and dwell time.”

Justin Taylor, Head of EMEA Retail at Cushman & Wakefield, said: “Today’s shopping centres are very different from those which emerged twenty years ago and they will need to continue evolving in order to stay relevant to the progressively savvy and discerning consumer. The term ‘shopping centre’ will increasingly become a misnomer, as they will no longer be focused solely on shopping. Instead, they will be ‘experience’ centres, still featuring traditional retail components albeit with food and beverage, leisure, pop-ups, convenience and service outlets. The overriding theme of the next few years will be ‘placemaking’ and as sectors blur it is already unthinkable to build a retail scheme without some leisure, residential, offices or co-working space. Shopping centres are now simply places where many different uses come together to create vibrant hubs, which cater for our diverse commercial, leisure and social needs.”

France was the most active country in terms of new openings, adding more than 326,000 m² of new space in 2017. Nevertheless, the maturity of the market and significant existing provision resulted in a 28% drop in newly-built space compared with 2016. In the UK, weaker retailer demand outside of prime locations and an oversupply of retail space have led to a 23% decrease in shopping centre development activity, with just 120,000 m² being completed in 2017. Germany saw an 82% decline in 2017 as restrictive planning legislation curtailed the development of new out-of-town shopping centres.

In Spain, a record 82.4 million tourists in 2017 had a positive impact on shopping centre development, as demand from retailers and investors has increased. Spain holds the second position in terms of development activity in 2017, with 210,000 m² of new space and has the second-largest development pipeline for 2018/19.

In 2017, Russia was the second most active country in terms of development, despite annual completions falling from 1.6 million m² in 2016 to 0.6 million m² in 2017. This is partly due to the economic downturn in 2014 when the number of new projects starting construction decreased significantly and also a result of supply and demand reaching relative equilibrium in 2017. The structure of the pipeline for 2018 shows that developers have now shifted their focus from large-scale projects to smaller schemes.

Turkey’s shopping centre supply rose significantly last year, with 1.1 million m² of new space, making it the most active country in terms of development and accounting for 47% of total completions in the CEE region in 2017. The 2018/19 development pipeline includes 1.4 million m² of new space, with approximately 70% of this in Ankara or Istanbul, although this is set to slow due to the relatively weak trading environment and near saturation levels in parts of the market.

In Central Europe, 2017 saw a near 20% fall in the amount of newly-opened shopping centre space. However, the improving economic environment has led to higher wages and retail sales growth in the region. This has maintained interest from international retailers and supported retail development in Poland, Czech Republic and Slovakia. 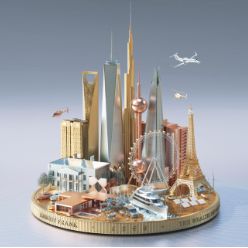